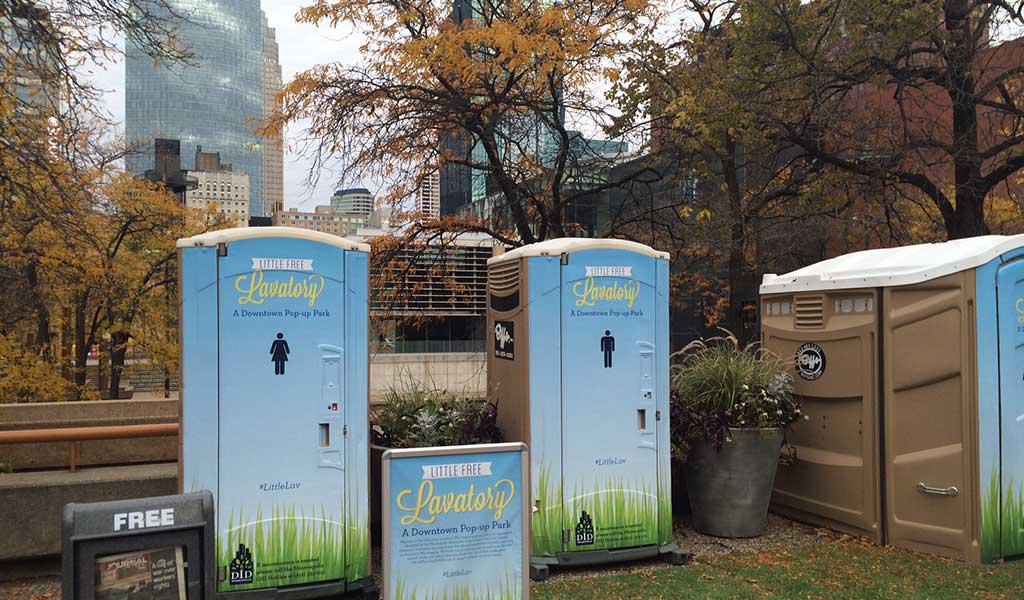 Why It Matters: Currently, there are very few public restrooms downtown. Government buildings such as the Minneapolis Central Library, Hennepin County Government Center, City Hall, etc. are public, and offer publicly-accessible restrooms, and - anecdotally - some downtown retailers will occasionally allow visitors to use their facilities without a prior purchase.

Experiment: Three portable restrooms, including flushable units with hand-washing stations, were placed near the corner of 12th Street South & Nicollet Mall (adjacent to Peavey Plaza) in Fall 2015. These restrooms were placed at this particular location given its high traffic of pedestrians, the existence of a highly-visible alcove at street level that did not impede pedestrian traffic while also offering easy accessibility for service vehicles, and information from stakeholders about public urination occurring in Peavey Plaza itself.

Over the month the project was in place, the units were actively used, and there were no maintenance concerns. These findings will inform future conversations about public restrooms downtown.