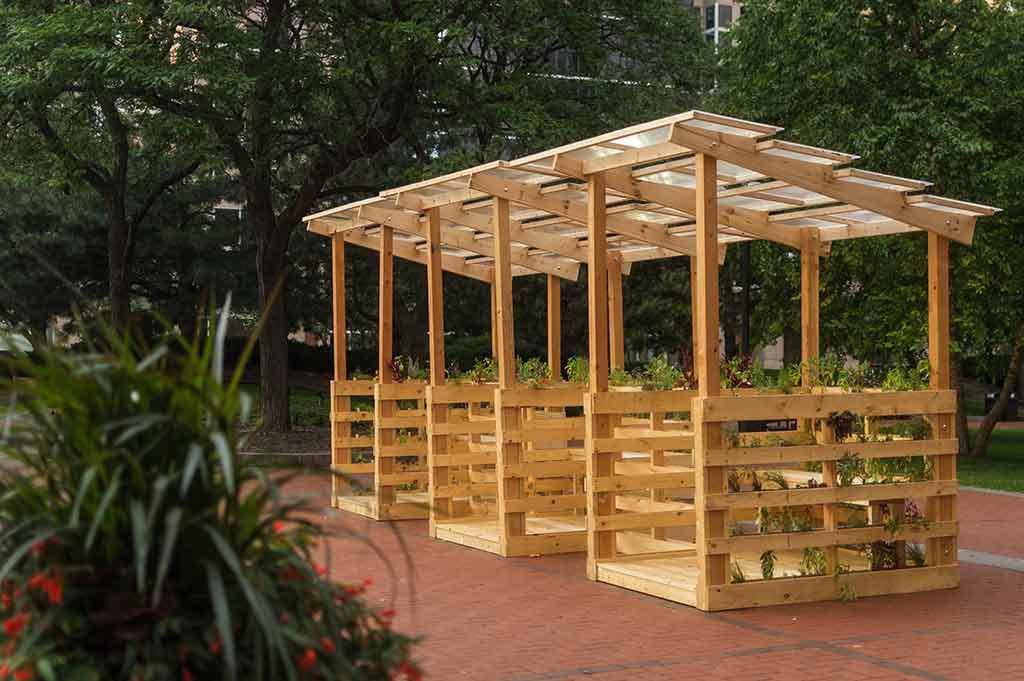 Concept Origin: Perception Survey feedback highlighted high ridership bus stops as important public spaces of concern for perceived safety, especially those without a permanent shelter. This led to the first round of Bus Stop Pilot Projects, a partnership with Metro Transit, in which creative interventions were tested at the three highest-ridership bus stops with a shelter.

Why It Matters: At bus stops without facilities like a shelter and seating, waiting for the bus can appear to a passer-by as loitering. Designing bus stops that anticipate bus riders’ needs communicates to them that their experience is important. It offers them a comfortable location to wait for their bus as they continue their commute, and it sends a positive message about transit to passers-by. Recent research out of the University of Minnesota’s Center for Transportation Studies has shown that green landscaping at bus stops can even reduce the perceived wait time for transit riders.

Experiment: In coordination with Metro Transit, MDID contracted with ThreeSeven to improve the waiting experience for bus riders on 7th Street next to Hennepin County Government Center South Plaza. The project added a bus shelter that enhanced the experience for ridership while also adding greening within the bus shelter itself. The project aligned with the feel and experience at the Downtown Farmers Market, and leveraged recent research from the UMN on how to improve bus stops (see above). It was installed in July 2016 for an initial two week deployment, and positive feedback led to it being extended through the end of October. The project was voted Best Small Green Space Activation during the 2016 MDID Greening Awards.