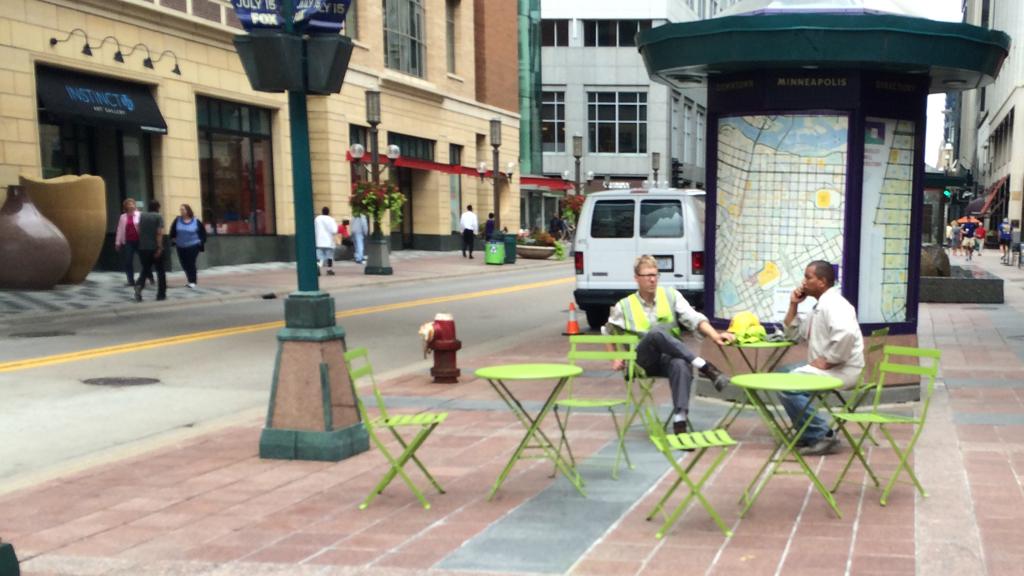 Why It Matters: Public seating is an important component of public places where people want to spend time. The concept behind movable seating is that people prefer to be able to influence their environment. Without much experience with this design feature on Nicollet, however, some stakeholders expressed concerns about it lending itself to abuse and misuse.

Experiment: In Summer 2014, movable tables and chairs were placed along Nicollet Mall. After initial trial placements timed to coincide with the MLB All Star Game, the furniture was eventually left out 24/7 for two months without incident.