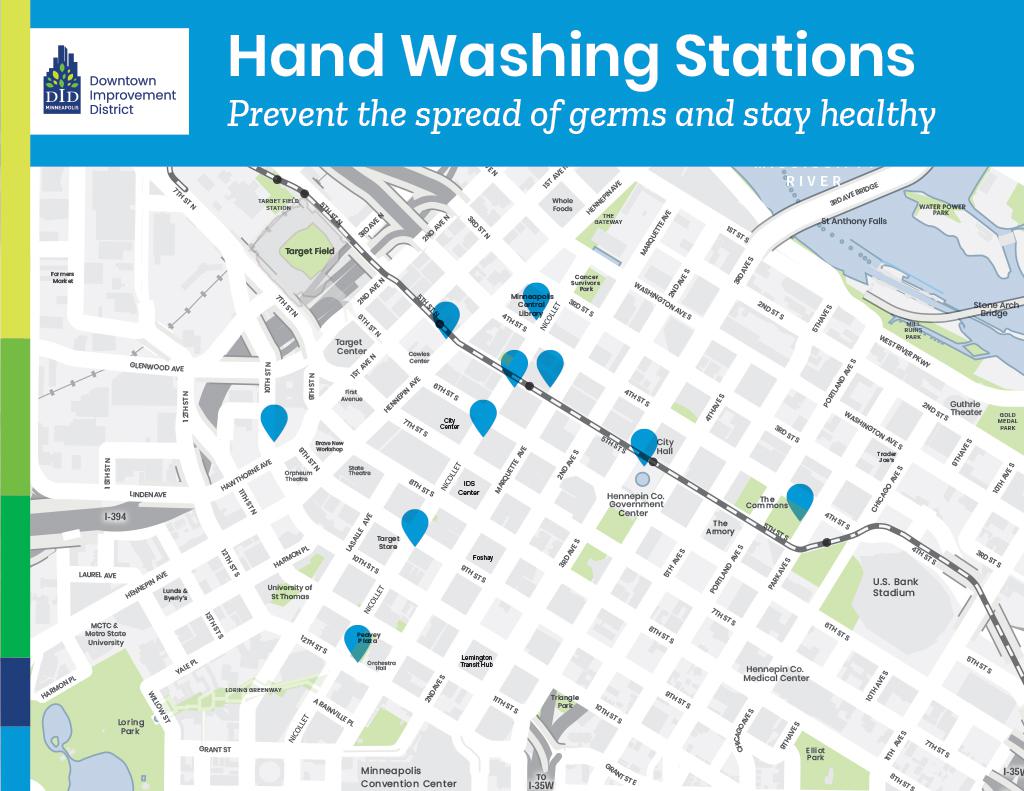 At a time where hand cleanliness is a crucial necessity for the public’s overall health, this initiative placed 10 hand sanitizing stations throughout downtown. The dual-sink units will include water, soap and paper towels.

Locations were placed along Hennepin/1st Avenues, Nicollet, and between 4th and 5th Streets, and locations are subject to change.

“This is a critical time for our community to have accessible hand washing locations,” said Steve Cramer, President & CEO of the Mpls Downtown Improvement District. “The DID identified portable hand washing stations as an important resource during these evolving times. The DID remains committed to doing our part to best support our downtown community as we navigate together.”

“Having publicly-accessible hand washing stations is a policy priority expressed by the Mpls City Council’s resolution during declared emergencies,” said Ben Shardlow, Director of Urban Design for the Mpls Downtown Improvement District. “This initiative is a way we can help provide service to the downtown community.”

The map above shows the locations of the hand washing stations. 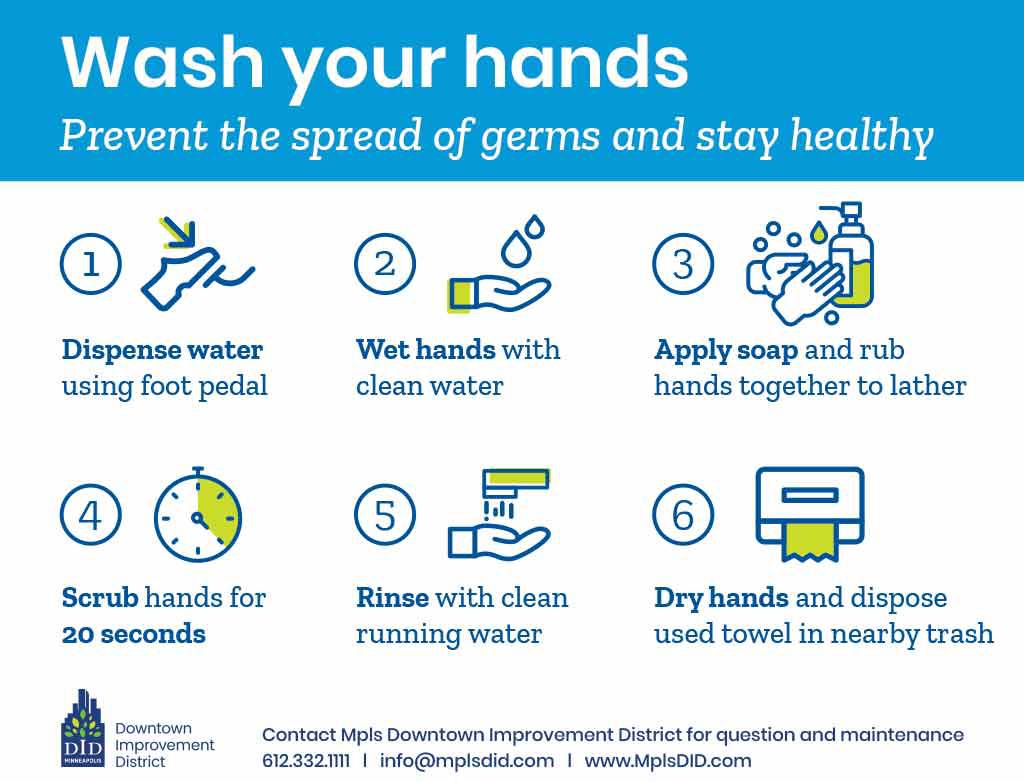