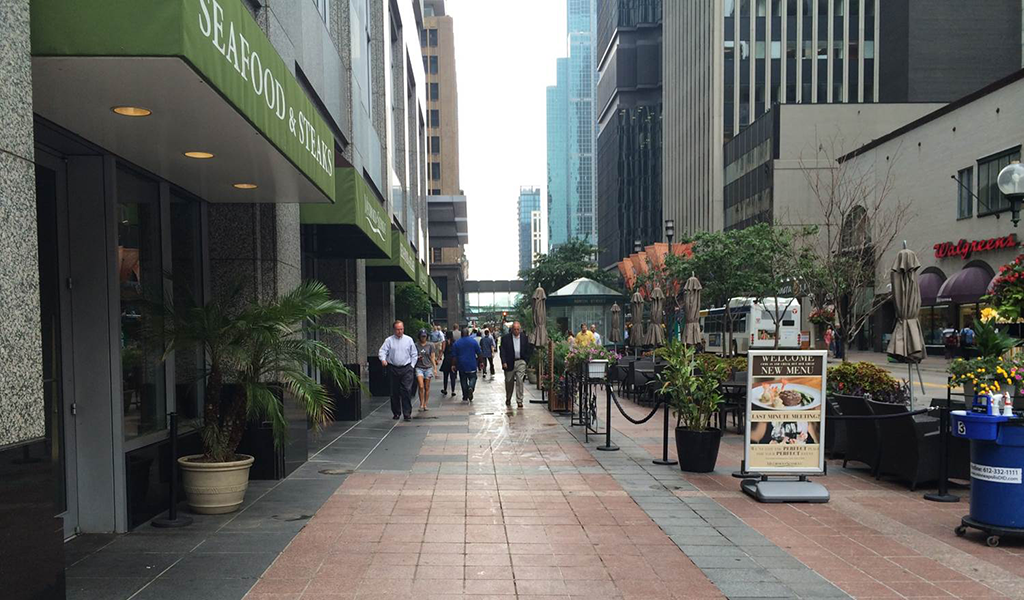 Concept Origin: As part of the Nicollet Mall Project redesign, a new feature on Nicollet will be outdoor patio seating for bars and restaurants being placed adjacent to the street curb, as opposed to next to the building.

Why It Matters: The Nicollet Mall Project aims to create a better pedestrian experience, and that includes more consistent and clearly defined walking paths up and down the street. Currently, the siting of restaurants’ sidewalk cafes next to their indoor space and large street furniture like planters and bus shelters creates walkway pinch points that slow and inhibit pedestrian flow. The change contemplated in the redesign to move sidewalk cafes to the curb allows the patio area to form-fit the curved street while keeping a straight, ten-foot walking path available for those passing by.

Experiment: McCormick & Schmick’s agreed to take part in a pilot project in August 2014 to test the sidewalk cafe concept proposed in the Nicollet Mall Project. The initial project at 800 Nicollet Mall was scheduled to run August 18-24, but the experiment was so successful that McCormick & Schmick’s elected to keep the set-up not only through the end of 2014 but also into the patio dining season in 2015.